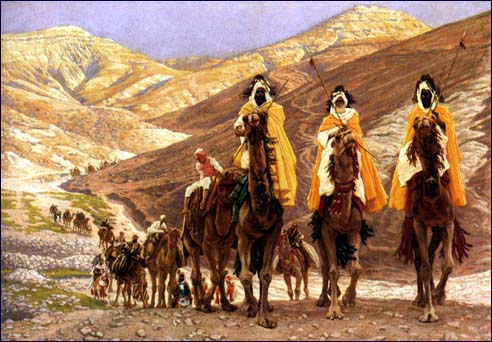 Do you know, dear church leader and churchgoer, how easy it is to attend a service and hear the Word for years, knowing the Word of the Lord but not the Lord of the Word?

2 He is the propitiation for our sins, and not for ours only but also for the sins of the whole world. 3 And by this we know that we have come to know him, if we keep his commandments. 4 Whoever says “I know him” but does not keep his commandments is a liar, and the truth is not in him, 5 but whoever keeps his word, in him truly the love of God is perfected. By this we may know that we are in him: 6 whoever says he abides in him ought to walk in the same way in which he walked.

Christ came out of duty to His Father for the express purpose of saving His people from their sin through His sacrifice on the cross.  Repeatedly, he spoke of delighting to do His Father’s will.  And He did even to the point of death on a cross.  Through this delight in duty, Christ spoke and acted on all He spoke—with the greatest action being His resurrection from the dead. As Christ spoke and acted, so we act on what He’s spoken (and what He did).

In reading through Matthew 2:1-12, we see the differences between the reaction of the Magi and the scribes when confronted by the truth of Scripture.  In Numbers 24:17 told of a star that would come to show when the Messiah would come.  The Magi, who likely learned much of the Old Testament from Daniel in the 500s BC while the people of Israel were in Exile.  The Magi responded and acted on what God had said.  When the Magi continued on after their encounter with King Herod in Jerusalem with what they knew, the star they saw at the beginning of their journey arose again.  Notice their response:  “When they saw the star, they rejoiced with great joy.”  God speaks, He acts.  We act on what He’s spoken.  The result?  Joy!

When the chief priests and scribes heard the Word and saw that the possibilities of this fulfillment was fulfilled, they were troubled.  So when God speaks, He acts.  But when we fail to act on what He’s spoken, the result?  Fear! They had attached themselves to the wrong King, even using God’s Word about His anointed King as an opening to be used to eliminate His anointed King as a toddler!  And as the Magi trusted the written Word, they were more open to trust the Word spoken to them leading from heaven, “being warned in a dream to return to Herod, they departed their own country by another way” (2:12).  But without trusting the written Word, what guidance will our hearts receive during the minutes and days and hours as we go about the lives God has given to us?

But the joyous truth is that our culture around us, regardless of their current worldview, are waiting for us to go and tell them about the truth of forgiveness, eternal life, and Jesus Christ as Lord and Savior.  Sure, some will reject, but others are waiting–as the Magi were waiting without realize it, but a core still responded and held on to this for 500 years.  Some have had enough of Jesus (to their peril), but others need to know and believe that Jesus is enough.  That’s what they are thirsty for.  And God will show Himself that what He has spoken, he will act on.  But will we act on what He has spoken?