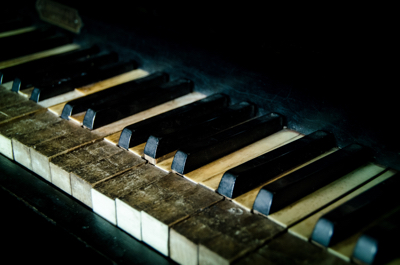 Last time we dove into this topic, we looked at the importance of connecting the music we sing with the heritage of generations past. Needless to say, that generated a lot of conversation. One person who read the article believe that I was proposing that we seeing certain older hymns because it’s something we’ve always done. To be honest, I could see where she was coming from. With music, a comfort level exists in singing songs that has transcended not just the generations of the universal Church, but also the seasons of our life. Certain songs hold sway over us simply because such wonderful memories among the people of God are associated with those particular songs. I have them, and you do as well.

But in listening to these particular songs, especially songs that may be found in our hymnals from generations past, we need to realize that the music that accompanies the text was written with the culture in mind for the time it was written. So for instance, the tune from a Mighty Fortress is our God (EIN FESTE BURG) was taken from a bar tune, as were the majority of Fanny Crosby’s hymns. But even if the music was not taken from a particular cultural area, the tunes that were written to the songs were written with that culture in mind. In other words, we need to see that the text and the text alone or with transcend the cultures, not the tunes. But this is difficult since the tunes are so closely associated with the text, that is almost seen is heresy and sacrilege if we were to separate the two.

Recently, I pulled out Casting Crowns‘ Christmas album. I didn’t realize that it was released back in 2008, but I was amazed at how well they brought new tunes to traditional Christmas text and how well they work. They sought to honor the text and to accompany those texts well, all the while providing an appropriate and timely tune to those traditional texts. I believe they and those like them understand what the original hymn writers of those original texts understood. They need to communicate to the culture in which they live, not to the culture of Christmases past or of generations past. Why? Those generations of days gone by are gone by. We live in this generation, and are working to try to reach this generation with the timeless gospel.

This is why I use the word harmony in dealing with this particular topic. We want the text to harmonize with what Christ taught us, but we want the tunes and the arrangements to harmonize with the culture Christ has called us to reach.  We want familiar music to be the vehicle for texts that exalt the resplendent Christ.  R.C. Sproul notes:

Music in worship should not familiarize God to me; rather, it should stimulate the soul to a posture of adoration. One of the most popular praise songs of recent years is “Majesty.” Its popularity may have something to do with the sound of the music itself , but the song also has wonderful words. Christians are hungry for a way to express a sense of the majesty of God. Good, biblically sound music is a marvelous enhancement to that end.

This must stay crystal clear: harmonizing Christ and culture does not mean lowering His substance, His splendor or His message.  We do not minimize Christ in order to maximize the culture’s response to us.  That does nothing to help the culture know who the true Christ and the true message of salvation is–in fact, it’s detrimental!

I don’t believe this should serve as a concern to the various generations who may have fallen in love with text in tune. After all, when instrumental pieces played during the service and a particular familiar tune is played, with no text being spoken their son, that tune brings forth the message of that particular him or song in our hearts and in our minds.

We must tread very carefully with this.  Never underestimate the power and the connection music, especially church music, provides.  What I’ve found is that, especially in established churches, preserving the melody of a particular hymn, while changing the harmonies and the instrumentation of that hymn to something that speaks to the generation we’re called to reach I believe will alleviate most concerns.  You will still have those who believe only organ and piano are appropriate, and that the hymnal is the 67th book of the Bible, inspired by God Himself.

What are ways you’re working to make this a reality in your church?