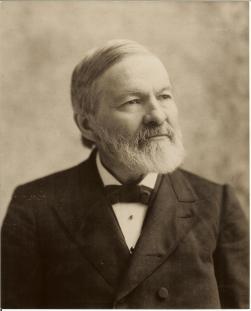 Recently, I’ve grown fascinated with John Broadus, most know for being one of the founding members and later a president of my alma mater, The Southern Baptist Theological Seminary in Louisville, Kentucky.  He’s also known for penning one of the greatest preaching manuals in our nation’s history, A Treatise on the Preparation and Delivery of Sermons (hardcover |Kindle ).

One of the warnings he gave his students was on the danger of sensationalistic preaching, that is, preaching that strictly appeals to the emotions of the listener rather than to the mind.  Beecher Johnson, contributor to John Broadus: A Living Legacy, defines this as

… using any means to gain the ear of, or have an effect on, the audience that does not honor the sacred nature of God and the things of God or ensure singular focus on the spiritual and theological message of God in the text (216).

In the mid to late 1800’s to even now, preaching that is rooted in emotion rather than revelation of Scripture fails to honor God and will fail to change lives in any substantial way.

In that same book, Steven Lawson gives a warning to churches today:

Pressure to produce bottom-line results has led many ministries to sacrifice the centrality of biblical preaching on the altar of man-centered pragmatism.  A new way of “doing” church is emerging.  In this radical paradigmatic shift, exposition is being replaced with entertainment, preaching with performances, doctrine with drama, and theology with theatrics (Famine in the Land, p. 25, quoted in A Living Legacy, p. 213).

Pray for preachers of the gospel, that they rely on the testimony of Scripture rather that the shifting sands of sensationalism.  That’s what the world and the church most needs.