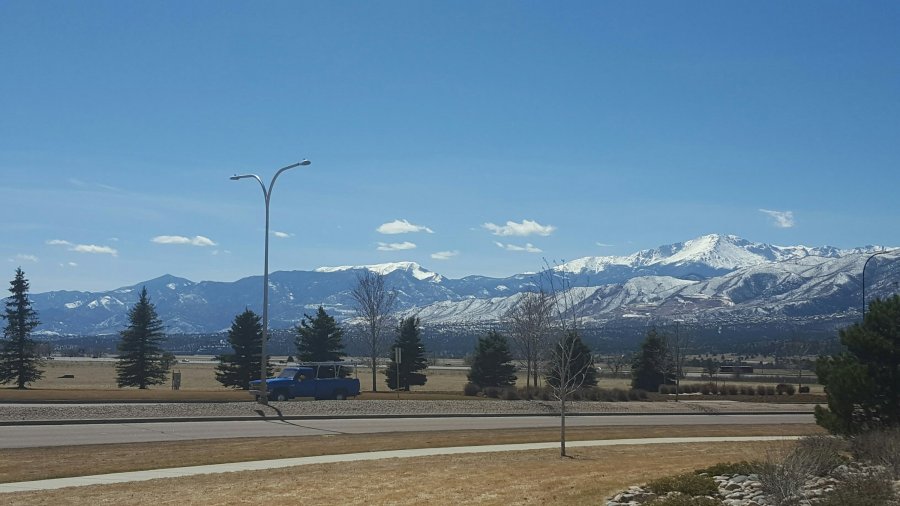 “… to present your bodies as a living sacrifice, holy and acceptable to God, which is your spiritual worship” (Romans 12:1b)

We magnify what we worship.  Truth be told, anything outside of the worship of our Lord Jesus is idol worship.  Part of the Christian life is coming and offering our bodies to Christ, and casting down any idols that may set themselves up against them.

Paul is playing off passages like this from Jesus.  We have to feed the Spirit, and not our flesh.  The flesh leads to death, the Spirit leads to life.  Now, is Jesus here asking for amputations?  Not necessarily.  He is calling for us to come to Him—and anything about our lives that cause us to sin, we must take the most drastic of measures to cut it off.  You see, even as Christians, we are still coming to Christ.

As living sacrifices!  Sacrifices die, never surviving the altar.  When the knife plunges in and the blood is shed, the life is over.  Yet, how does one get their minds around a ‘living sacrifice.’  Go back with me to Romans 6.  Here, the apostle Paul asks a question that springboards from Romans 5, where Paul said, “Where sin increased, grace increased all the more.”  Here, he was saying, “If you say you are in Adam and you’re think you’re stuck, you’re not.  Adam brought in sin, sin which is so powerful that all of creation is under its curse, longing to be restored and redeemed (see Romans 8:18-25).  It’s powerful—but grace is even more powerful.  You’re never stuck.

To me, that’s why I’m so saddened when I hear about people being stuck in their sin.  Alcohol and drug addicts are often told, “You have a disease, you were born with that and you’ll have to deal with that your entire life.”  Those in the homosexual lifestyle are told by all the uppity counseling and medical elites that this is the way they were born, this is who they are.  Yet, as I was reminded recently, very few if any would choose that lifestyle for all the issues that come along with it.

But what are they saying about that and about every other sinful issue on the planet?  You’re stuck.  Sin is powerful—even the temptation to sin is very, very powerful.  But grace is more powerful.  So Paul continues on and says, “Shouldn’t we then sin, so that God’s grace may be more abundant?”  BY NO MEANS!  Now, here’s the kicker—

“How can we who died to sin still live in it?  Do you not know that all of us who have been baptized into Christ Jesus were baptized into his death?  We were buried therefore with him by baptism into death, in order that, just as Christ was raised from the dead by the glory of the Father, we too might walk in newness of life” (Romans 6:2-4).

Two types of death here:  a death to sin, and a death in Christ.  A death to sin?  Does this mean we do not sin anymore?  No, we are still in his carcass of flesh whose influence must go.  The idea here is domination.  Paul goes on, “We are united in His death where our old self is crucified, so that we might be united in his life.”  We are dead to sin, but while in this flesh, we must not, as verse 12 says, “Let not sin therefore reign in your mortal body, to make you obey its passions.”  For the Christian, sin does not and cannot rule the day.

So here we need to look at ourselves in the mirror and ask ourselves, “Are we really worshiping?”  Do we say, “Well, I’ve come to this service, I’ve worship—I shall now check this off my spiritual list.”  While a big part of our worship is getting under the Word among this community of believers (it’s commanded, by the way, in Hebrews 10:23-25), we can be here and not be here worshiping.  Maybe we need to come as well.

But another thing to consider: when was the last time we shared the gospel, invested the gospel in someone outside of this building?  Or, even more simply, when was the last time we invited someone to church?  Just to come and be with you at church?  Maybe the reason we aren’t interested in others coming is that we ourselves aren’t coming and offering ourselves daily.