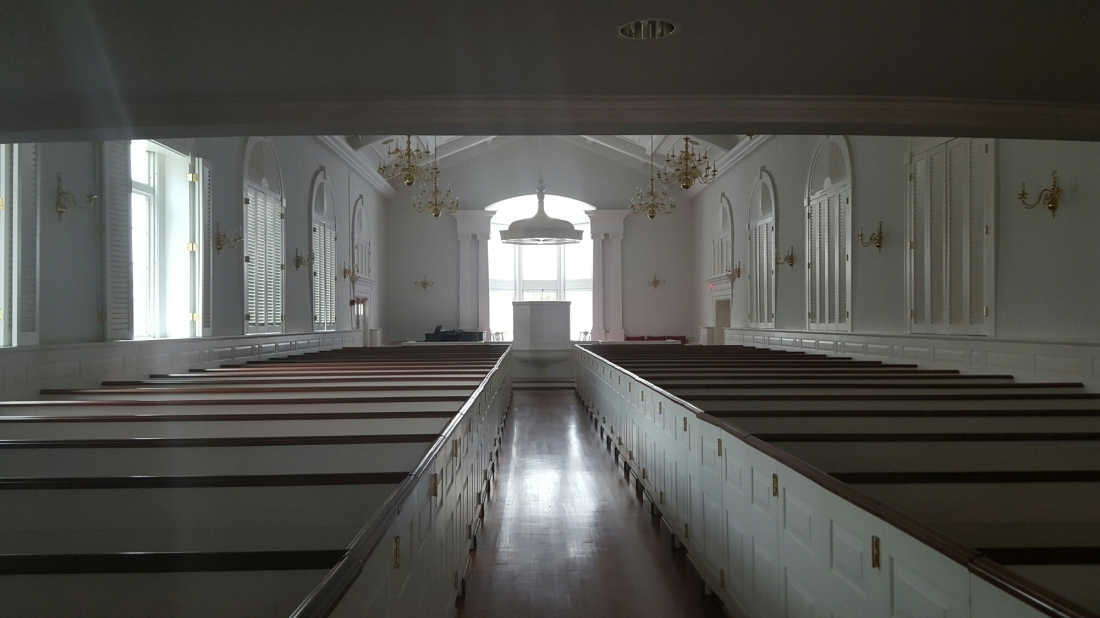 Paul had a lot to say about the conscience.  When he urged Timothy to straighten out the doctrinal mess in Ephesus, he said, “The aim of our charge is love which issues from a pure heart and a good conscience and a sincere faith” (1 Timothy 1:5).  When outlining the qualifications of an elder in 1 Timothy 3, one qualification was to “hold to the deep truths of the faith with a clear conscience” (3:9).  In 2 Timothy 1:3, Paul said that “He served… with a clear conscience.”

Andy Naselli wrote an excellent book on the nature of the conscience of a Christian:

Churchgoers who rarely read the Scriptures, however, will seldom struggle with their conscience. Many deceive themselves in believing that their conscience and calling of course matches up with God’s. But when you read something in the Scriptures that doesn’t line up with your thinking—does Scripture have to bow the knee to your philosophies, or vice versa?

Alexander and Hymanaeus’ conscience went bad.  In fact, their consciences were seared to where they didn’t even care about Christ and His Word, or the covenant they had made with their family of faith. They rejected the warfare.  They let go to the wrong thing and held on to the wrong thing. They shipwrecked the faith in their hearts.  They rejected God’s accountability but also the accountability of their church and leadership.

I’m going to ask you to pray for a particular matter in  helping each other wage the good warfare. I ask you to pray because we certainly want to move forward in God’s will and wisdom in regards to a specific matter.

… in regard to a church covenant. Our by-laws were changed at a recent business meeting to allow for a more clear and stringent outlining of when problems arise between a member and staff or between staff and staff.  One of the matters in there dealt with the breaking of a covenant.

That got me to thinking: does ARBC have a covenant?   It does, that Connie found in the bottom of a drawer that was likely dated in the 1960s.

Here’s one definition of a church covenant:

The church covenant is equal parts promise, summary of expectations, ethical statement, and biblical standard. We summarize how we promise to live together in the covenant. It forms the ethics, or the moral principles, of our worldview and holds out a biblical standard by which we live. Our acceptance of this multifaceted document follows the practice of believers throughout the centuries who have pledged to God and one another to live out the gospel in community.

Clearly in the NT, Jesus and Paul outline the need for church discipline as an act of love.  Matt Perry didn’t come up with it. A seminary professor didn’t come up with it. But Jesus and His servant Paul came up with it. Certain teachings and conduct do not belong among those who name the name of Christ.  We want to protect the flock, but we also call out significant issues that arise to help folks repent.  Over the years, many in neighborhoods know about those who live like the devil Monday-Saturday, but try to polish off their halo on Sunday.

Membership is not a name on a roll, but a covenant we make to God, to the pastors of a church, and to each other.  Because of what Jesus and Paul outline in the NT, we at ARBC need to take steps to adhere to a covenant of membership that outlines biblical standards, ethics, and expectations of members. It’s an accountability and a pledge we make to each other to help our comrades in arms who have already enlisted in the Lord’s army to help each other fight sin and stay strong in our walk with Jesus.