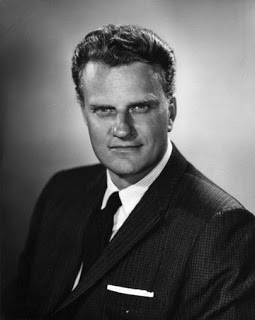 As you know, evangelist Billy Graham (1918-2018) is now with Jesus, dying this morning at the age of 99. His influence in my life regarding his preaching from the Word, his desire to win many to Christ, his moral code while traveling, and the doors that God opened all over the world (even preaching in Communist parts of the world during the 1970s and 1980s) left an indelible mark on my life.

One book I read during seminary was by William Martin called A Prophet with Honor that chronicled his forty-year ministry, outlining both the successes and the failures that happened in his ministry. At a husky 830+ pages, I was glad to read this to show that even Billy Graham himself  learned from his mistakes in dealing with politicians and the media. His humility, more than his preaching, stuck out to me.

Before moving on, I’ll leave you with this quote he said many years ago:

“Someday you will read or hear that Billy Graham is dead. Don’t you believe a word of it. I shall be more alive than I am now. I will just have changed my address. I will have gone into the presence of God.” 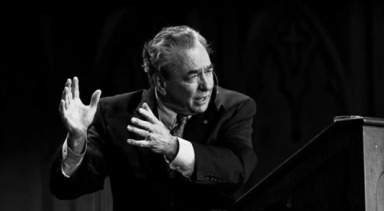 Graham’s passing comes two months after the passing of another man who enriched my life with his teaching on the holiness of God, R.C. Sproul (1939-2017). I came across Dr. Sproul about twenty years ago on the radio (yes, radio, where you’d have to wait for a program to come on at a designated time, as opposed to podcasts to which one can listen to any program released at any time).  While many preach the Scriptures, few preached with a passion like Sproul.

Granted, I did not agree with everything on which he taught, such as his support of infant baptism. This, though, helped me in my growth! I grew up in a church culture where any disagreement on any subject would mean we would refuse to listen to any other subject that person addressed.

So imagine my surprise when on Sproul’s radio program, Renewing Your Mind, that he aired a debate that he (a paedobaptism–infant baptizer) and John MacArthur (a credobaptist–baptising only professing believers) over this topic of baptism. Sproul and MacArthur debated passionately and civilly, but still walked away from that calling themselves ‘brothers in Christ,’ even as they disagreed on this topic.

Thank you, Lord, for Billy Graham and R.C. Sproul.

*For extra reading, check out Albert Mohler’s article on A Call for Theological Triage which outlines first, second and third tier theological issues.